Discoveries about the molecular basis of disease provide unprecedented opportunities to find new medicines. Discovery and formulation of new drug takes more than 14 years due to different barriers in clinical trials. Side effect of a drug on a particular disease could be studied and used as an initiative to repurpose the drug against disease with different therapeutics in combinations.

In 2012, a Nature Biotech review article promoted the use of multi-combination therapies to treat cancer in the post-genomic era and cited that CytoSolve®, the core technology behind PancreaSolve, as the only computational biology tool that can handle such complexity. In 2013, a multi-combination drug for pancreatic cancer was developed by using the CytoSolve platform which received FDA allowance to proceed to clinical trials in a record 11 months. PancreaSolve has exclusive license to use the CytoSolve pancreatic cancer models to develop new therapeutic combinations. 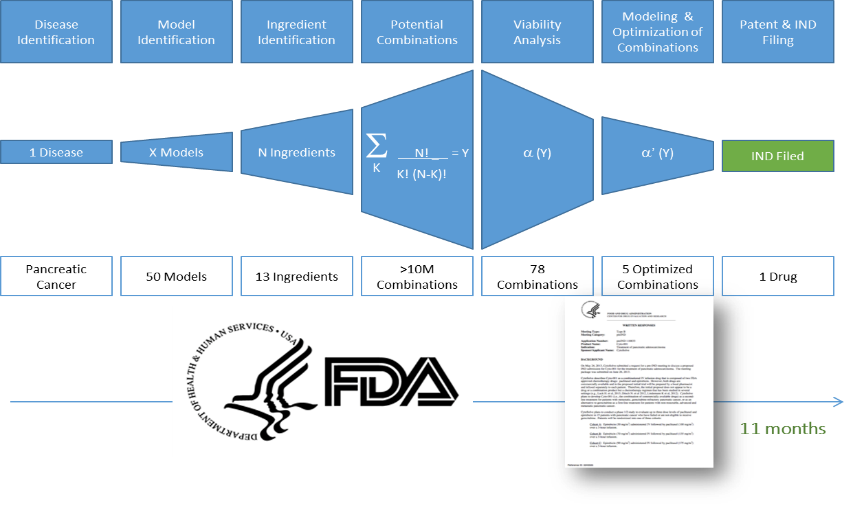 AtheroSolve, Inc. © 2020 All Rights Reserved
You can login using your social profile
Problem with login?